THE SCIENCE OF CANNABINOIDS.

The Science of Cannabinoids Chow

THE SCIENCE OF CANNABINOIDS.

Cannabinoids have an extensive history dating back thousands of years, and currently, there are thousands of peer-reviewed scientific publications that document the underlying biochemical pathways that cannabinoids modulate. The endocannabinoid system possessed by all vertebrates regulates all body systems and maintains homeostasis. As such, the mechanisms of phytocannabinoids’ biological impact are multidimensional.

Some applications of cannabinoids have been well established in peer-reviewed literature such as alleviating nausea and stimulating the appetite for people with AIDS and Cancer. Other well-known uses include easing chronic pain and reducing muscle spasms associated with neuromuscular disorders like MS and spinal cord injuries. Some current uses are poorly understood, such as its perceived effectiveness in alleviating certain autoimmune disorders, such as Crohn’s Disease.

Our team of scientists will produce and commercialize products derived from cannabis-based botanical extracts. Even today, new uses for cannabinoids are consistently discovered. For example, scientists recently found that topical cannabinoid-based preparations can be effective against MRSI, the deadly antibiotic-resistant flesh-eating disease. Other topical applications, which are largely non-psychoactive, would target localized pain, such as arthritis and burns, as well as neuropathic pain, for which there are few effective treatments.

In 2001, an article published in the Canadian Medical Association Journal revealed that, based on self-identified needs, it is estimated that 2% (or 400,000) of Canadian adults were already utilizing cannabinoids for medical purposes. With ever increasing use and scientific support for cannabinoid medicines occurring in the US and around the world, we are looking at a new multi-billion dollar industry that will play a dramatic role that will impact human health on a global scale. 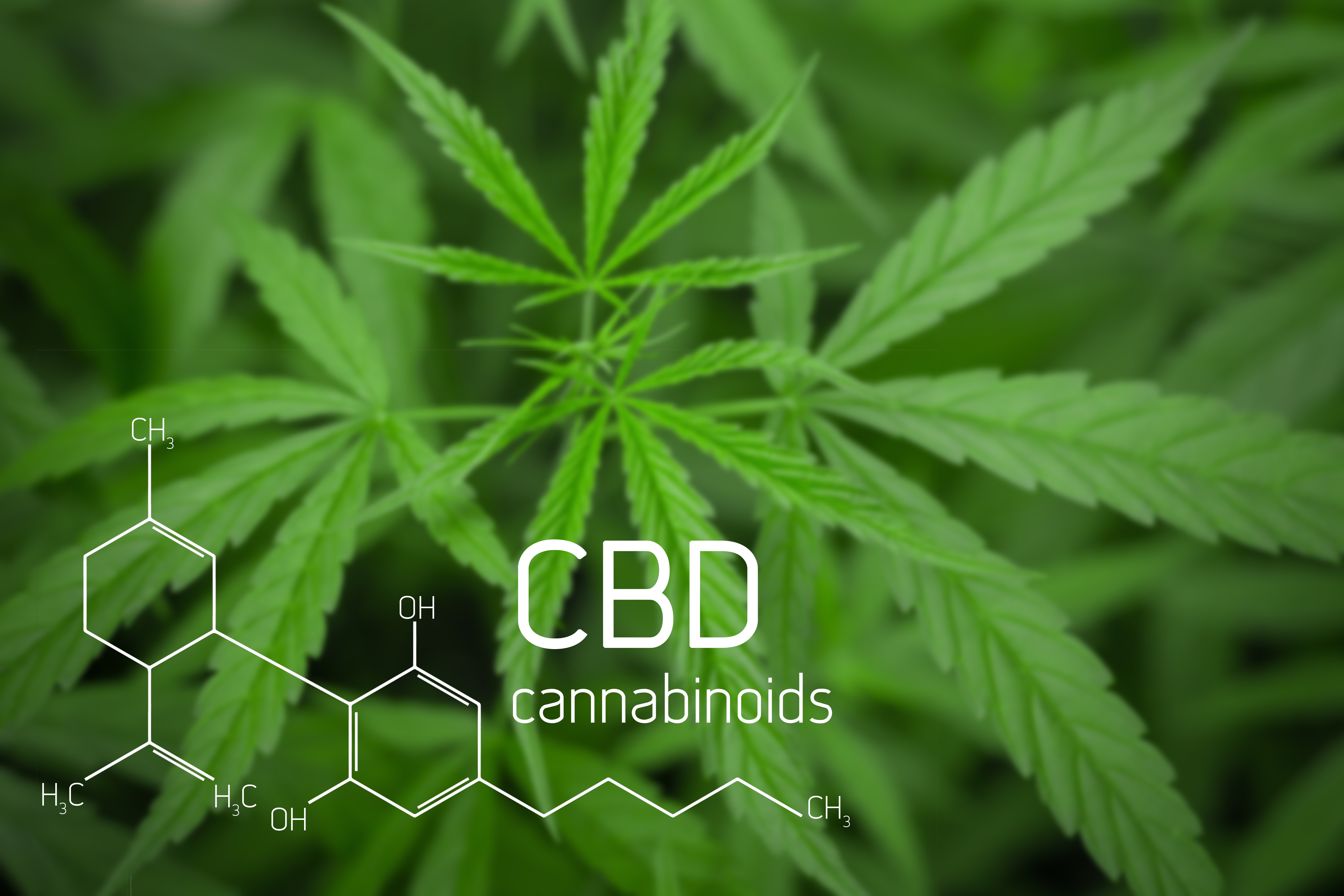 Cannabis sativa is one of the most widely used plants for both recreational and medicinal purposes. To date a total of 525 natural constituents covering several chemical classes have been isolated and identified from Cannabis sativa. The cannabinoids belong to the chemical class of terpenophenolics, of which 85 have been uniquely identified in cannabis, including the most psychoactive cannabinoid, tetrahydrocannabinol commonly referred to as THC.

The most common natural plant cannabinoids (phytocannabinoids) are: THC, cannabidiol (CBD), cannabigerol (CBG), cannabichromene (CBC), and cannabinol (CBN). Several of the identified cannabinoids are both chemically and pharmacologically poorly characterized; however, the pharmacology of THC has been widely studied, and it is regarded as the main psychoactive constituent of cannabis.

Cannabinoids were first discovered in the 1940s, when CBD and CBN were identified. THC was not identified until 1964, but by that time cannabinoids had been removed from the pharmacopeiae of most countries, making further research on the plant difficult.

There are three general types of cannabinoids:

Phytocannabinoids, also called natural cannabinoids, herbal cannabinoids, and classical cannabinoids, are only known to occur naturally in significant quantity in the cannabis plant. They are concentrated in a viscous resin that is produced in glandular structures known as trichomes, and are most prevalent in the flowers of the female plants. 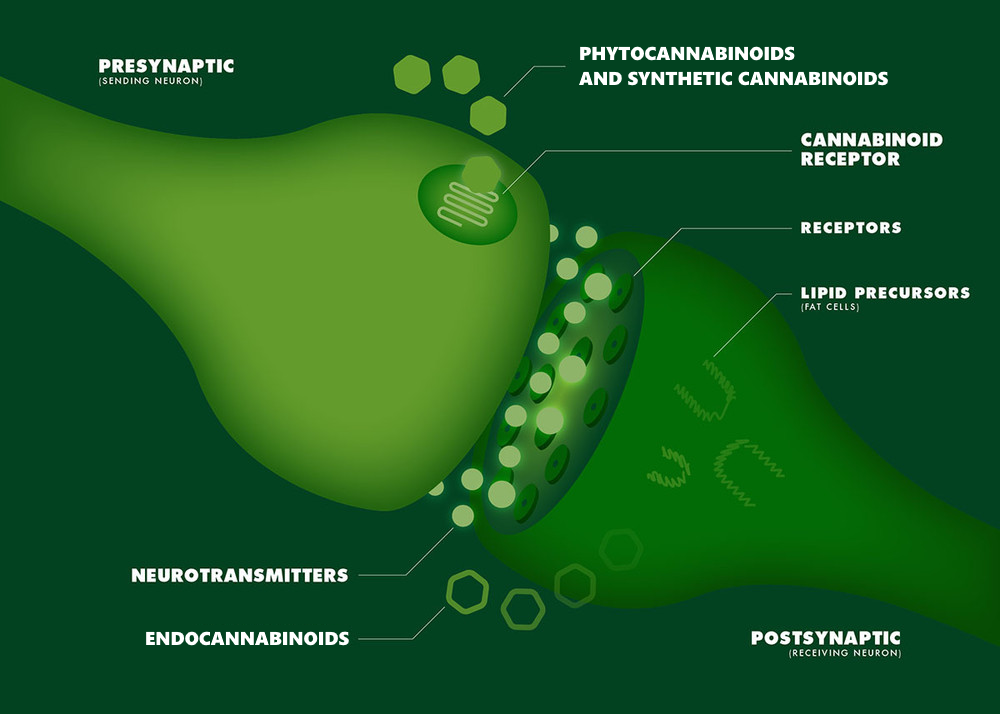 The endocannabinoid system refers to a group of neuromodulators and receptors involved in a variety of physiological processes including appetite, pain sensation, mood, and memory. The system is named for endocannabinoids, the endogenous lipids that bind cannabinoid receptors.

CB1 receptors are found throughout the body and are the most prevalent neurotransmitter system in the brain, specifically in the basal ganglia and in the limbic system, including the hippocampus. They are also found in the cerebellum and in both male and female reproductive systems.

Cannabinoids have been used medicinally for thousands of years in China, India, and the Middle East. Of course, most traditional medicines were plant-based, but until recently no one knew how or why they worked. Though cannabinoids are a very old form of medication, we are inspired by this "folk medicine," whose efficacy modern science now routinely verifies, and we are capable of creating systematic and effective use of cannabinoid therapies.

While cannabinoids were widely used in the West during the 19th century, the technology was lacking to detect and understand its active ingredients, to standardize dosages of those ingredients, and to effectively deliver those ingredients, owing largely to cannabinoids' non-water-solubility. Consequently, it became less widely used in the early 20th century and was eventually renamed "marijuana". It was gradually removed from the pharmacopeiae of most advanced countries; and research was discouraged.